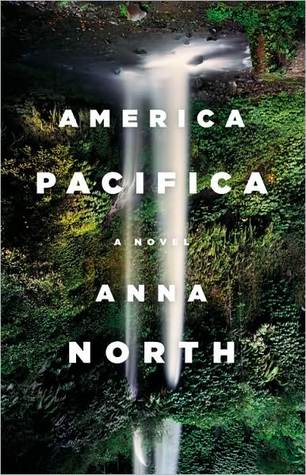 Darcy and her mother Sarah live in a one bedroom apartment on an island called ‘America Pacifica’. When Sarah goes missing, Darcy is devastated as her entire world revolves around her mother. Darcy begins to search for her mother. Before disappearing, Sarah didn’t speak to Darcy about her past. Throughout Darcy’s search for Sarah the history of the settlement unfolds, giving Darcy a new understanding of her mother and herself.

America Pacifica is a volcanic island in the tropics to which survivors of the new Ice Age escaped many years before. A society has grown up based on which boats people arrived in and how much Tyson, the founder, trusts them. Food, drugs and building materials are largely jellyfish or seaweed derivatives with a little ‘real’ food thrown in for the wealthy. The island is a city comprising of re-creations of mainland cities including Las Vegas and Little Los Angeles. The last boaters, the lowest of the low in this new world, live in Hell City where cave-ins are most common due to landfill collapsing.

In America Pacifica the veneer of civilisation stretches so thinly that the worst of humanity is exposed. At one point someone appeals to Darcy to trust her, pointing out how much alike they are. Darcy’s response reveals great honesty and self-awareness.

Ansel was introduced as a victim hiding then running from people who later allied themselves with him. Darcy went from being an insignificant teen who lost her mother, to being a vital figurehead for both sides of the conflict. There didn’t seem to be sufficient justification for these shifts, but North may have used history to justify these shifts in political power.

Overall I felt that America Pacifica was Lord of the Flies for the 21st century, with global warming followed by an ice age replacing shipwreck in World War 2 as the setting for this speculative fiction. The plot is well paced. The characters are well developed and believable. Highly recommended speculative fiction.