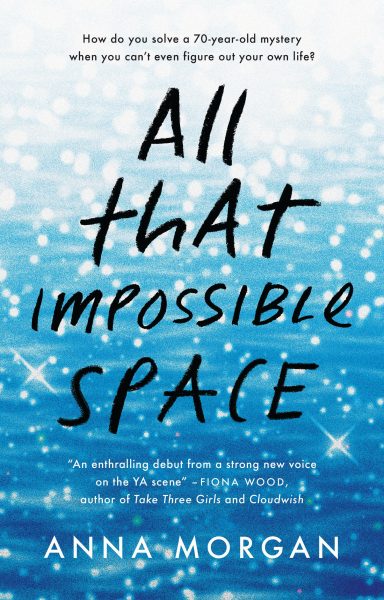 Lara Laylor is 16 years old and in grade 10 in a $20,000 per annum private school in Melbourne. She thinks about all that impossible space in many ways.

(What is it with Australian YA authors and private schools? Am I the only person who went to a public school? Oh, wait, Shivaun Plozza, Megan Jacobson, Wendy Orr, Simone Howell and Ellie Marney have all written ‘normal’ and/or poverty well. I didn’t review Simone’s novels because she was teaching me at the time.)

Lara has been best friends with Ash since grade 4 after Lara’s previous best friends decided three was a crowd. Unfortunately Ash is the best friend you wouldn’t wish on an enemy, but Lara is the type to always conciliate, always be nice for fear of being rejected. She makes herself small physically and psychically. When Lara sees one of her women teachers who is over 6 feet tall she admires the teacher for taking up all that glorious space.

On the day before school starts, Lara is running in a park. When she finishes, she finds Kate wearing Lara’s hoodie. Lara is not impressed but Kate is trying to make friends before school starts. Kate is artistic and has drawn a fantasy-style map on her arm to illustrate where everything is in this, her new neighbourhood. She adds Lara’s home to her map.

Lara, Ash and Kate all attend the same history class with Mr Grant, who sets them a strange research project. Mr Grant singles out Lara for special after school study sessions alone. A girl at my high school had similar tuition for maths. The maths teacher concerned left his wife and married the girl shortly after she left high school. Some people are concerned for Lara, thinking she has a crush on Mr Grant.

Mr Grant’s assignment involves researching the Somerton Man, a mysterious stranger who died on Somerton Beach in Adelaide in 1948. Maps, both textual and literal, come into play even more.

Ash bullies Lara into auditioning for the school musical Even pov public schools have those! At my school we did Gilbert & Sullivan operettas because there were no copyright fees. Lara’s school does Into The Woods, which would be more fun to practice and perform than to watch IMO.

Ash, however, wants to be in the production because she’s addicted to the limelight on and off stage. And she wants to meet a boy, not an easy proposition in an all-girls school.

Relationships, dreams and conflict create a roller-coaster year for Lara, with loads of discussion points for English classes and book clubs.

Kate Wong obviously has some kind of Asian heritage although she’s Australian. No comment is offered regarding her culture or difference.

With the focus being on girls at an all-girls school who only meet up with boys around the musical’s events, All That Impossible Space definitely passes the Bechdel Test.

I did not notice any characters who might be interpreted as disabled.

The closest this novel comes to depicting people from different classes (not the obscenely wealthy who can afford $20,000 PER YEAR on private school fees in addition to all the other expenses) is Jos, a boy in the musical. Lara wonders if he’s a scholarship student because his family is large and his house isn’t what she’s used to.

I usually find these kinds of novels jarring because the closest one comes to ‘normality’ or poverty is ‘I’m so poor I’m a scholarship student at this obscenely ostentatious private school’. However, Anna Morgan focuses on relationships most of the time instead of wealth so her characters were relatable. Or appropriately hate-able.

Space, making oneself small, echoes in isolation and maps are key features of All That Impossible Space. Morgan’s use of space, who is confident taking up space and who tries to be small are key to this novel. As such, All That Impossible Space is an excellent basis for exploring concepts like gender performance. And for discussing appropriate versus inappropriate behaviour between adults and minors.

An engaging and entertaining read exploring pertinent social issues while exposing the ‘BFF’ fallacy, All That Impossible Space is a great read for high school students and older readers who enjoy coming-of-age novels. Fiona Wood (Cloudwish) recommends All That Impossible Space; I would definitely put this novel and Fiona’s in the same bookish basket.