Alison Goodman in the Limelight 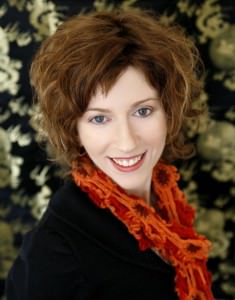 UPDATE: MP3 version of the interview is above.

Alison Goodman talks to Nalini about Alison’s career, her published novels and her work in progress.  The interview is available in MP4 below; an MP3 (audio only) version will be available soon.

Alison’s debut novel was short-listed for Australia’s premier judged science fiction award, the Aurealis Award for best young adult novel.  She went on to write an adult crime thriller, originally published in 2007 but rereleased recently under another title.  That novel, Killing the Rabbit, won the Davitt, an Australian crime fiction award.  Next she wrote a fantasy duology that took out the Aurealis Award for best fantasy novel as well as becoming a James Tiptree Jr. Award Honour book and a Children’s Book Council of Australia Notable Book.

My planned interview questions are below the video.

My planned interview questions are below.  Please note that questions may have been altered or omitted and the order of questions adjusted to fit with the flow of the interview.

When did you get the writing bug?

Who supported and encouraged you along the way?

You’ve studied writing at RMIT and taught writing at several universities.  What is the benefit of studying writing academically?

What authors and books have influenced you?

What do you look for when you pick up a novel and how have you brought those ideas and passions into your own work?

You’ve had four novels published in three different genres; would you like to tell us a bit about those novels?

What drew you to these contrasting genres?

Do you have a favourite genre to read or write?

Do you have any favourite characters in your novels? Can you tell me why?

Lindy Cameron asks How do you make the writerly change from reality to fantasy between A New Kind of Death and Eon?

A New Kind of Death was published 9 years after Singing the Dogstar Blues.

Eon was published 1 year after A new kind of death.

What do you see as the major mythological and/or legendary influences on Eon/Eona’s story and what drew you to them?

Jay Kristoff came under fire for cultural appropriation for his novel Stormdancer.  Did you receive similar criticism for Eon and Eona?

How would you respond to accusations of cultural appropriation?

Eon and Eona explored some issues around minority groups including racism, alternative lifestyles and disability.  What research and life experience fed into these tropes?

When the issue of healing Chart, Eona’s friend, comes up in Eona, there are several people involved who all react differently.

Action, world building, characters: do you have a favourite part of the storytelling process?

Having won awards for your first novel is great, but has it put more pressure on you?

I hear you’re half way through your next novel.  What can you tell us about that?

Jeremy Hamilton asks If you could clone any sci fi actor, who would you choose to live forever?