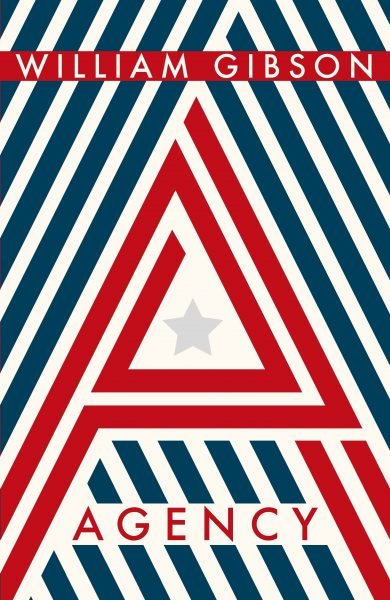 Verity just landed a new job, working for Tulpagenics testing out a new AI, a more advanced version of Siri and Alexa called Eunice. Eunice identifies as African American (in the beginning). She has attitude and agency. Eunice is the electronic assistant of which you dream.

Netherton lives in the 22nd century with Rainy, his wife, and Thomas, their baby. Lowbeer, his boss who sort-of works for the London Metropolitan Police, hires Netherton as a contractor to travel back to Verity’s time to change her future.

To change Verity’s future but not to change their past: Verity lives in a different quantum universe. This alternate timeline, called a ‘stub’, started when someone from the future visited Verity’s past. That initial visit split the timeline.

In Verity’s time, Madam President who was elected in the USA in 2016, rocks the presidency and does everything right. And yet a new threat, Qamlishi, rises. World War III is imminent.

Time travel in Gibson’s story consists of sending one’s consciousness out of time to inhabit a construct, usually a machine. Eunice arranges a kick-ass Transformer-like bot that alternates between a suitcase and an extreme killing machine. She paves the way for visitors from the alternate future to help them.

Netherton sucks at driving this machine so he shares the controls with a few other people from his time. Also  helping Netherton is Connor, a psychopath from another quantum universe who gets bored protecting his folksy president and just lurves using the splodey tech installed in this sometimes-suitcase.

Agency has loads of characters and a few different timelines/quantum universes but, never fear, Game of Thrones it ain’t.

All of Gibson’s characters are dynamic and have personality and agency. Some are splodey-types like Connor, others are nurturing types like Rainy, and some you just want to fall in love with like the AI Eunice.

I don’t know if Gibson used to be the stereotypical bro-dude author in his writing but dayum, this guy writes for me, right here, right now in the 21st century. It’s been a long time since I read Neuromancer so I can’t recall if it was bro-centric. My feeling from Agency is that it might not be quite as groundbreaking but it was a fun read despite being a thriller.

Agency has women passing the Bechdel Test. It includes people of color and probably gays but, these days, unless there’s a gay romance or ‘aww’ moment, I tend not to notice. Because inclusion should be NORMAL. And everyone has agency in Agency.

Living in the apocalypse as I am…

In case you have been hiding under a rock, I am currently living through the apocalypse. I live in a country that is burning. Official websites often rate the air hazardous to breathe. In the past couple of months, the sleepy little (federal capital of Australia) Canberra has, many times, surpassed the toxic air rating of the second-most polluted city in the world. Sometimes Canberra’s toxicity was FOUR TIMES the second-most polluted city in the world.

I love that Gibson hasn’t said, ‘we’ll leave the planet’. Too many people online believe that ‘they’ (the government and others) won’t allow the apocalypse or that ‘they’ will send us to Planet B or ‘they’ will magically build satellite cities for the 99% not just the 1%.

I thoroughly enjoyed Gibson’s Agency. I enjoyed the Woman of Color AI Eunice who had agency and attitude. Loved the splodey-ificence. And the plot. Sometimes sleep deprivation kicked in to throw me. There are a couple of scenes that jump a little – Thomas is in Rainy’s arms then he’s in his high chair for example – but the intricacy, the mystery, the threat, and, in the end, the questions that remain won me over. I hope to read Agency again. Highly recommended.