A troll too far… 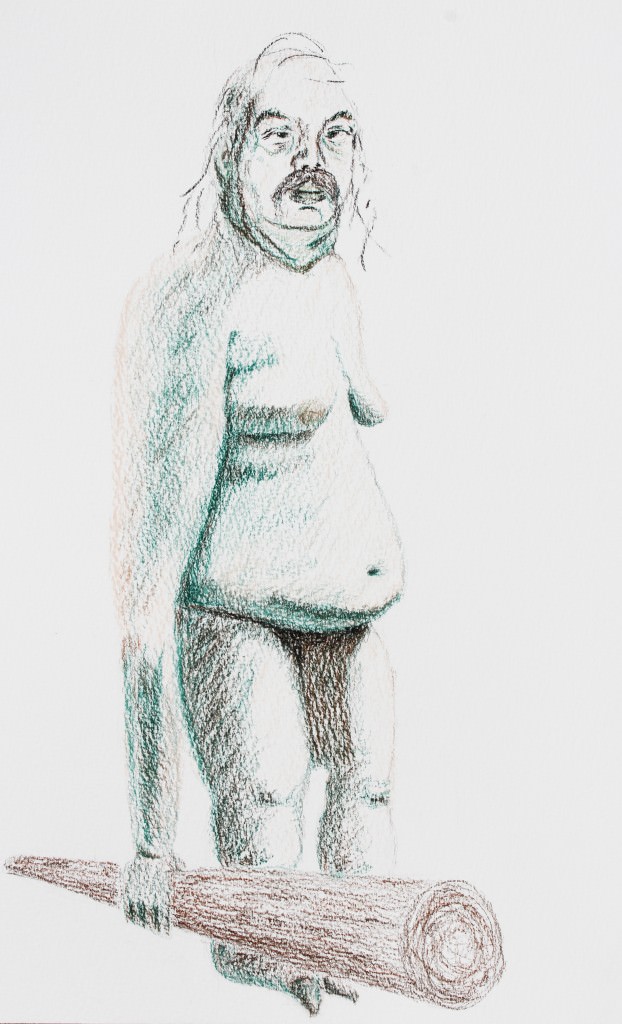 Once upon a time there was a poor little troll who got up every evening, put on his loin cloth and dragged his club to his bridge where he’d settle in for the night, making himself comfortable preparing to troll people.

The problem was this poor troll was a scared little troll, too afraid of people to attack directly.  He published a zine where he trolled people in the comfort of knowing that his victims probably wouldn’t read anything he wrote.  While most trolls use the interwebz – especially social media – to aggravate, harass and put down their victims, this scared little troll used private forums to pour vitriol on his victims in the deluded belief that troll hunters would not email his outpourings to his victims.  Thus, he believed, he could increase his perceived stature by cutting down tall poppies in safe anonymity.

Yes, dear reader, like Romney believing his 47% comment was private, like Alan Jones believing his chaff jacket and ‘died of shame’ comments were beyond reproach uttered, as they were, in the company of like-minded people, this troll was deluded in believing the private forums he used to vent his spleen were sacrosanct, preventing repercussions for his deviousness.  He didn’t realise this group included troll hunters in disguise!

If you’ve watched Troll Hunter, you’ll know that there are lots of different breeds of troll.  Some trolls hide in the dark underneath bridges while others cope with much brighter lights.  Internet trolls prefer dark caves, sitting hunched over the dimmed screens of their interfaces, protecting their identities while eviscerating others.  Sadly the scared little troll can neither cope with the bright lights of Vegas – he’s got a GREAT dungeon tan – nor can he cope with the lesser lights of scrutiny, not even those limited lights in the dimly lit corners of the web where he skulks in shadows.

This troll had never heard of Alan Jones and yet he aspired to be like the ferret-faced inspiration for the #destroythejoint campaign.  All this troll needed was a following of more than double-figure proportions, power, mates in key positions and shitloads of cash, and he’d be well on his way.   The scared little troll’s insurmountable problem is that, unlike Alan Jones, he skipped the part of his career that included a large audience, power, powerful mates and shitloads of cash.  Instead he went straight to ‘do not pass Go…’ thanks to the troll hunters exposing this troll’s activities to the bright light of scrutiny.

Sitting under bridges intentionally obscuring his attacks on his hapless victims must be taking its toll on his health especially with his attempts to troll his victims privately.  I’m sure the stress can’t be good for him.

As this troll is apparently incapable of orchestrating effective, honest trolling on the webz, I suggest this troll look beyond the boundaries of his racial stereotyping in order to explore alternative career options.  Trolls like sitting in caves… why not mine for gold?  The scared little troll prefers writing about fans not about the genre with which the fans engage, so I guess that precludes exploring the gold mine that is the science fiction and fantasy genre.

I know!  The scared little troll loves digging holes in the dark, he’s an expert!  The number of holes he’s dug for himself this year alone demonstrates his expertise.  Why not dig holes for a living?  In Australia we have these things called ‘long drops’; digging the necessary holes for long drops has the added bonus of the scared little troll intentionally placing himself in the stream as a career move instead of accidentally placing himself there as the [apparently less obvious] outcome of his previous furtive activities.

In the meantime, I suggest that the forums in which the scared little troll lurks acquires some of this: 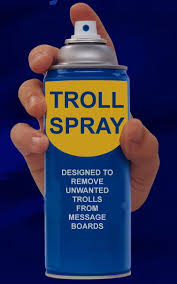 In other news, someone came forward in a private forum claiming to be Papa SMoF, saying, “Nalini has white hair just like the patriarch of the Smurf clan. Maybe this is Nalini’s shy little way of claiming to be my daughter.”  While I appreciate the implied compliments Papa SMoF and the High Priestess have bestowed in their attempts to influence Dark Matter via offers of schooling and hereditary claims, I prefer to remain independent and claim my biological father, with his accurate colour perception and scathing intellect.