The slow fire burning in this story is the rage of women whose power men stole. Men stole stories and ruined lives, and now the women are coming for them. Miriam lives on a houseboat, watching her neighbors. She notices a neighbor’s door has been open for a while so goes to check up on him, only to find a bloody murder scene. The murder victim, Tom, is the nephew of the man who stole her memoir and rewrote it as a novel, questioning her responsibility for the death of her dear friend. Hatred born of years of resentment burns bright, fueled by a sudden sense of agency, of power.

At the murder scene Miriam finds a key that belongs to Laura, a disabled damaged woman who works at the laundromat. Miriam thinks about returning it to Laura while also meddling in the murder investigation.

Theo, the author who stole Miriam’s memoir, has a complicated relationship with his wife, Carla. Their son died as a toddler because of Tom’s mother’s (Carla’s sister’s) alcoholism. And the story only gets more complicated from there.

Whodunnit? Who did what exactly? And what will happen next?

Hawkins’ representations of disability and appearance feed existing prejudice in my opinion. Miriam is repeatedly described as large, ugly, and a Hobbit. Apparently she was always overweight, even during the traumatic abduction she describes in her memoir. Hawkins is quite brutal in her descriptions and depiction of Miriam.

Laura has acquired brain injury. As a result, she is “disinhibited”. According to Hawkins this means Laura steals at will, has anger issues, is violent and untrustworthy. On the upside, she helps Irene, an elderly woman with mobility issues.

I’ve known people with disinhibition resulting from head injuries and/or strokes. They are, at times, abrupt, outspoken and talk openly about things “polite society” does not usually discuss like sexual urges. This does not make them dangerous. Admittedly many of Laura’s traits are simply “because plot”. But alternative paths to achieve the same plot goals could be achieved without vilifying disabled people.

Irene is an elderly lady who knows the tropes – a busybody sitting by the window while waiting to die – and yet she fulfills those tropes.

Both Laura and Irene’s saving grace is that they care about each other and try to look after one another. This relationship is the equivalent of a character “patting a dog” to show we’re supposed to be sympathetic towards them.

However, there is a dog in the story. A MISSING dog. Theo the plagiarizing author owns and loves this dog. After searching everywhere for the missing dog, Theo refuses to replace it, still hoping for the dog’s return. This positions him as someone who is somewhat sympathetic although, in my opinion, it was his only redeeming characteristic.

Eventually we learn the fate of the dog, which reflects very badly on the person responsible. If you’re sensitive about treatment of animals, this is a trigger warning.

The humor in A Slow Fire Burning is almost entirely literary-based. People criticize Theo’s book for it’s non-linear storytelling then the next segment of Hawkins’s book is back in time. Male perpetrator’s perspective in Theo’s brutal abduction, rape and murder novel is emphasized then Hawkins switches to Theo’s perspective. Hawkins plays with the reader while also playing with literary commentary and styles.

I dived in to A Slow Fire Burning with the expectation that this would be a feminist novel. To some extent it is, but Hawkins defies my expectations with one of the story threads. She prioritizes genre tropes with a slight twist over a feminist outcome, which I found disappointing. The other story thread ended somewhat satisfactorily although … well, I’ve already voiced my concerns and ambivalence over Hawkins’s representation of certain characters. Although, in the story, Hawkins implies Theo’s writing style is groundbreaking, it isn’t and wasn’t around the time his book would have been published. This self-referential literary commentary provides the novel’s humor.

My response to this novel is ambivalent but I feel it deserves 4 out of 5 stars. Hawkins writes to a genre and serves that genre well, regardless of my personal misgivings. Hawkins’s previous novel, The Girl On A Train, was likened to Gillian Flynn’s Gone Girl, which I loathed. That gives context regarding my taste so you can make up your own mind. 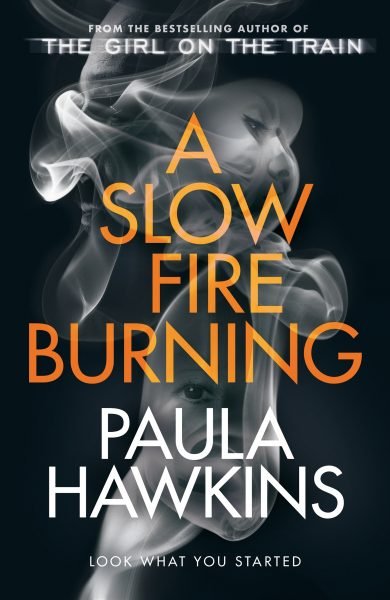