Winners of the 2012 Aurealis Awards were announced in a glittering ceremony held in Sydney last night. Chris Barnes, convenor of the awards, said that with over 750 entries across the thirteen categories, the judges had a very challenging task. “Congratulations to all the finalists and winners. The winners represent the best of Australian fantasy, horror and science fiction writing in 2012 as judged by a panel of their peers. This year’s winners join the likes of Sara Douglass, Garth Nix, Isobelle Carmody, Trudi Canavan, Shaun Tan and Sean Williams, all of whom are multiple Aurealis Award winners.”

“I’d like to extend my thanks to our sponsor, the Copyright Agency Cultural Fund, and
to Harper Voyager and Xoum Publishing for their support. I also thank all the judges for
their efforts.”

“This is the third and final year for SpecFaction NSW to run the Aurealis Awards in
Sydney. We are moving on to other things, but hand over with pleasure to Conflux Inc,
who will host next year’s event in Canberra.”

Congratulations to all the winners and nominees! – editor

The 2012 Aurealis Awards had a Margo Lanagan theme

Margo said: “I had a hood, a skull scarf and a pair of mummy-hands gloves. In the end I wasn’t allowed to bring the scythe into the venue—most disappointing… And you should have heard what came out of my mouth. People’s hair stood on end… The effect was slightly spoiled by the general cheeriness of the evening (or possibly I was imagining that—I was TERRIFICALLY cheery!)” 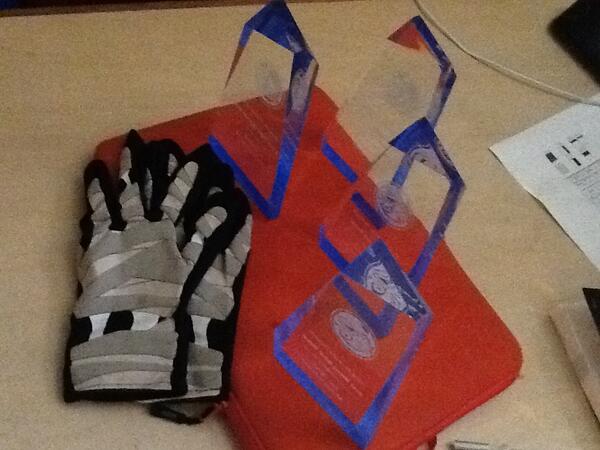